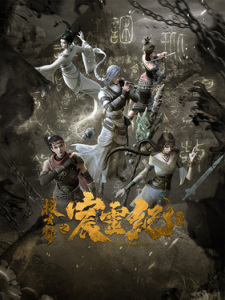 Plot Summary: For almost a millennium, the mainland of Lingzhou was ruled by an emperor and protected by eight princes. However, after the enthronement of the ninth emperor, a revolt ensued. Several heroes will then have a role to play in this chaotic situation.

Other name: The Gerent Saga, 搜玄录之宸灵纪